The Inevitability Of Stars by Kathryn R. Lyster - AU giveaway

I have two copies of The Inevitability Of Stars by Kathryn R. Lyster to giveaway to my Australian readers! I'm absolutely stoked that Harlequin Teen Australia offered up these copies for a giveaway, because the book sounds amazing, and I can't wait to read it! 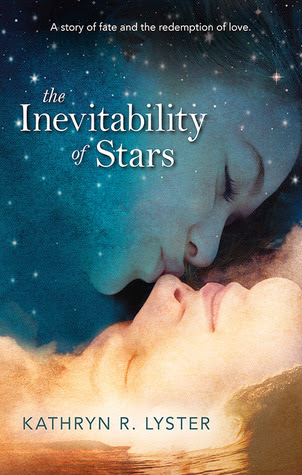 A modern-day Romeo and Juliet set amongst the beauty of Byron Bay and the grind of Sydney.

Rip and Sahara have always been together. Primary school friends to high school lovers, their ties to each other are as intertwined and inescapable as the roots of the Byron Strangler Fig. But like that same tree, the tendrils of their love are beginning to stifle and choke, and soon, Sahara finds she must leave — moving to Sydney to pursue her career as an artist.

In Sydney, Sahara draws the attention of Sean, a charismatic entrepreneur, and is quickly drawn into his expensive and glamorous world — so very different from the quiet, simple place of her youth. But even as she creates a new life, and a new version of herself, Sahara cannot seem to leave Rip behind.

Back in the Byron hinterland, Rip moves to a working farm to recover from the wounds Sahara left. It's here that he begins to understand his past and reimagine his future. But as Rip rebuilds, Sahara unravels, losing herself in Sean's shiny, but meaningless world and plagued by visions of her previous life and lover.

Heartbreaking and haunting, The Inevitability of Stars is a poignant novel about the burden of fate, the viscosity of reality and the resilience of love.

Add The Inevitability of Stars to your Goodreads lists!

Some pertinent information about the giveaway:
The competition runs from the 1st of August 2013 to the 14th of August 2013 (ending at 2359 Australian Eastern Standard Time (GMT +10)) Good luck!!

a Rafflecopter giveaway
Posted by speculatef at 07:00